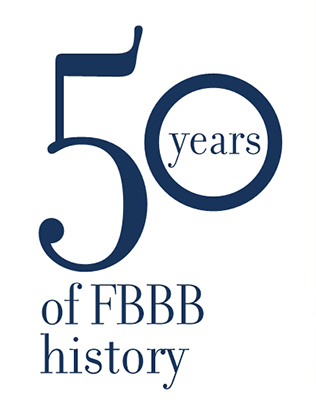 KRAKÓW AND THE JAGIELLONIAN UNIVERSITY

Most of the participants in the FBBB Jubilee Conference will know Kraków – either they live and work here, or have had more than one opportunity to visit the city in a professional capacity. The short description below has been prepared with those in mind who have never been here before or who have only ever been here on a fleeting visit.

Kraków is one of the oldest cities in Poland. The first mention of the city dates back to 966 A.D. From 1320 to 1795, the city, situated on the Vistula at the crossroads of important trade routes, was the official capital of Poland and the place where Polish kings were crowned.

In 1364, a university was founded in Kraków, which has since 1817 been known as the Jagiellonian University – the oldest institution of higher education in Poland and one of the oldest in Europe. The University has not only educated generations of scientists, writers, members of the clergy and politicians, but also contributed to the creation of other institutions of higher education in Kraków – the Academy of Agriculture and the Academy of Physical Education can both trace their origins to the JU.

Kraków was one of the few Polish cities not to suffer damage during World War II, meaning that it is still possible to admire historic monuments from various periods here today. The historic centre of Kraków was entered onto the UNESCO World Heritage List in 1978. In addition to the Main Square, the streets of the Old Town and the Planty gardens, the area of Kazimierz, with the Jewish district situated in its north-eastern part, is also worthy of special attention.

Kraków has been and continues to be one on the leading the centres of Polish academic, cultural and artistic life. In 2000, the city was chosen to be the European Capital of Culture. Festivals and concerts are held throughout the year, alongside the activities of the Kraków Philharmonic, the Kraków Opera, and numerous theatres and cinemas.

Kraków has many interesting museums. The main hall of the National Museum Kraków presents a range of exhibitions, including exhibitions of Polish 20th century art and temporary exhibitions. In the Czartoryski Museum, it is possible to view Leonardo da Vinci's "Lady with an Ermine" and Rembrandt's "Landscape with the Good Samaritan”. Beneath the Sukiennice cloth hall, it is possible to visit the Main Square Underground (Podziemia Rynku) – an extraordinarily evocative exhibition which brings one thousand years of Kraków history to life based on multimedia installations, preserved remnants of walls, as well as everyday objects found during excavations under the Main Square. On the Wawel Hill, it is possible to visit the Wawel Royal Castle, with its State Rooms, Treasury and Armoury, as well as the Wawel Cathedral and its tower with the Sigismund Bell. Another important place on the map of Kazimierz is Oskar Schindler's Factory, which has been transformed into a museum about the experiences of inhabitants of Kraków, both Polish and Jewish, during World War Two.

Kraków has a wealth of restaurants, cafés and clubs. The city has a well-developed public transport network, and there is also a bicycle rental service. Due to the paid parking zones and the difficulty of finding parking spaces, the best way to get around the centre of Kraków is on foot.

The railway and bus station are located within walking distance of the Main Square. From Kraków-Balice Airport, it is possible to travel to the city centre by bus (Nos. 208 and 252 – for timetables see here). The best way to make the journey is however to take the train operated by Koleje Małopolskie which runs twice an hour on average on the Kraków Airport – Kraków Main Station route (journey time 19 minutes, cost 12 PLN). Taxis are also available as an alternative to public transport.